I would describe depression as a state of being emotionally stubborn. Most people will go through some episode of depression in their life, some escape it unscratched while other get ensnare.

Chinese new year is a time when we all go back to our hometown and does this annual meet up/catch up. It is often during this time that we found out that the friend of the friend of the friend has fallen into depression. Being rather cold blooded myself, i ended up with their birth date, and of course some interesting finding.

From the BaZi angle, situation seems to involve earth and excessive water. The earth element is notorious for being stubborn and have a penchant liking of keeping things inside. While it is inactive most of the time, it does have a hobby of attacking water (Earth counter Water) and trying to block the progress of water. Water on the other hand is the element of emotion. It is ever changing and unpredictable with the ability of reviling and exposing what is hidden.

You can already see that these 2 forces, one being immobile (Earth) while other being mobile (Water) is having a contest of endurance. The earth stubbornly want to hold on while the water want to move on. The person is no allowing them-self to process the feeling.

On a good day, water will just bypass earth seeking the least resistance route but today, you see earth relentlessly dragging water feet. Imagine a river bank that keep falling into a raging river which eventually turn the river into a dragging mud flow. This situation would be your state of depression … a person losing their ground at the same time cannot stop the event.

browsing over some celebrity does show a hint of their situation and you can use them as reference. 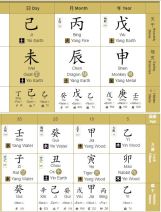 Ashley Judd in 2011 told that she had a period of depression in 2006 which she went for rehab. This was during her Ren Zi luck pillar (34-43) and Bing Xu year. Her chart is already very earth to begin with with a Ji Earth DM, Wei Earth day branch, Chen Earth month branch and top it with a Wu earth year stem. Her chart does have good control/restriction toward water most of the time but the onset of the pure water pillar of Ren Zi must have trigger the episode. 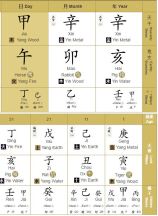 Jon Hamm from Mad Men suffer his chapter of depression, he was in his 20’s. He entered his Wu Zi (Earth/Water) pillar at about 20 years old. Looking at his natal chart you can see a metal water heavy setup. Metal here produce water and hence improve the strength and quality of water. He is actually very discipline when it come to matter of emotion. Guess what happen when a pile of Wu earth is being introduce? Earth produce Metal and Metal turbo charge the Water. 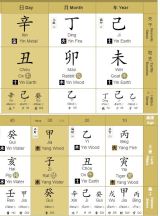 Heath Ledger did not even bother to put up a fight in 2008 as he enter his Jia Zi (Wood/Water) pillar. He has an already earthy chart with Chou Earth day branch and a Ji Wei Earth year branch. The Wu Zi year (2008) seems to have brought just enough water to trigger his case.

The coming year from 2019 until 2023 is all water dominant year. For those of us that has issue of being emotionally squishy or think that we have things pad under control, we should rethink those year. The biggest issue with depression is that the person actually do not (rather they refuse to) know that they are in depression.