What happen when 2 force go toe to toe on each other? You don’t stand in between then !

Clash is often read as bad in BaZi because in essence one of the element will lose the battle and forfeit its ability. Here is the catch … who is actually the bad guy here? In Matrix, is Agent Smith bad? Does going out to the “real” world, something all the people want? Is Neo doing the “right” thing? Its is rather easy since the movie have already done the hero/nemesis delineation for you.

Misery only come in a clash situation when one refuse to declare/pick a winner. Fight is only cruel if it prolong, when both are hurt badly and still try to take swing at each other. Next is when you clearly pick the wrong side and you still hoping and encouraging it to continue fight.

Take a look at situation where the Hurting Officer is clashing the Direct Officer. We Chinese manage to dramatized it to “傷官見官，為禍百端” Shāng guān jiàn guān, wèi huò bǎi duān, which translate to “HO meet DO, calamity in hundred fold !”. If you are reading the classic then this interpretation would be very bad … you are doom … abandon all hope … pack up and go home early.

Lest look at some ray of hope … silver lining 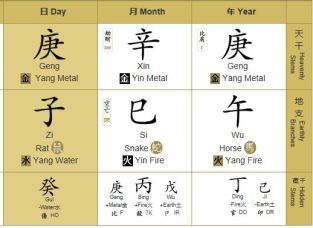 This is Evan Spiegal of the SnapChat sensation. His natal Wu-Zi clash is a HO clash DO situation. I think I am okay with his multi billion dollar “calamity”. Snap chat did broke some rule, in the era of digital record, they opted for a product that self-destruct, which mimic a conversation/chat more. When you engage in a normal conversation, have you ever record it? it goes away when you end the conversation. He has gone against the rule. 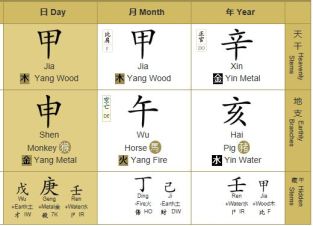 This is Elon Musk of Paypal, Tesla and gods know what else. The Ding and Xin is also a HO vs DO clash situation. He is a natural rule breaker as well. Paypal venture into payment industry where traditionally it is the area for financial institution only. Then he threw the patient of tesla out the window … you all please copy. He has also go against the rule.

When you don’t fully understand the situation of a clash, especially the original situation, then it is a trouble. In the olden day, Direct Officer are Emperor henchmen (we call them government official), when you go HO on them, you are going against the emperor directive. Emperor own everything, there is no freewill back then. Further more the emperor maintain peace (at least they try) over a land where war is rampant. People actually like the perceive safety that the “government” give. When you rock the boat, you are not going against just one party, you are affecting the entire town. For sure you are going to get many fold trouble !

Both Evan and Elon (call by first name, as if very close) did pick their fight … they did not fight a person but they fight a conception. Paypal work within an ecosystem, it did not create any money, it only help money pass from one financial institution to another. Snap Chat didn’t save your conversation, but who ever say digital trail need to be save? You have to see that their opponent is not a person that has the ability to fight back.

In a fight of any kind, you need to pick your opponent and end it quick. Else please do not ever start one. If you see a clash coming up in your chart … please quickly strategize so one party win and move on with it.