“An Empire never fall because of external threat, they rot from within” – The dude that lost his empire.

Clash of 2 elements is what most people are concern of especially if it involve the useful 10 gods. Direct Wealth and Direct Officer are the 2 most sought after 10 gods as one govern Money while the other Authority. Whenever Rob Wealth appear, we are expected to have some lost of money and Hurting Officer will bring some unrest toward those in power.

The clash is usually mitigated by using a buffer element that bridge the clash by making them co produce rather than against. This is effective when we are dealing with 2 pillar clashing but what is to be done when the clash is happening within 1 pillar and worse still both happening at the same time? 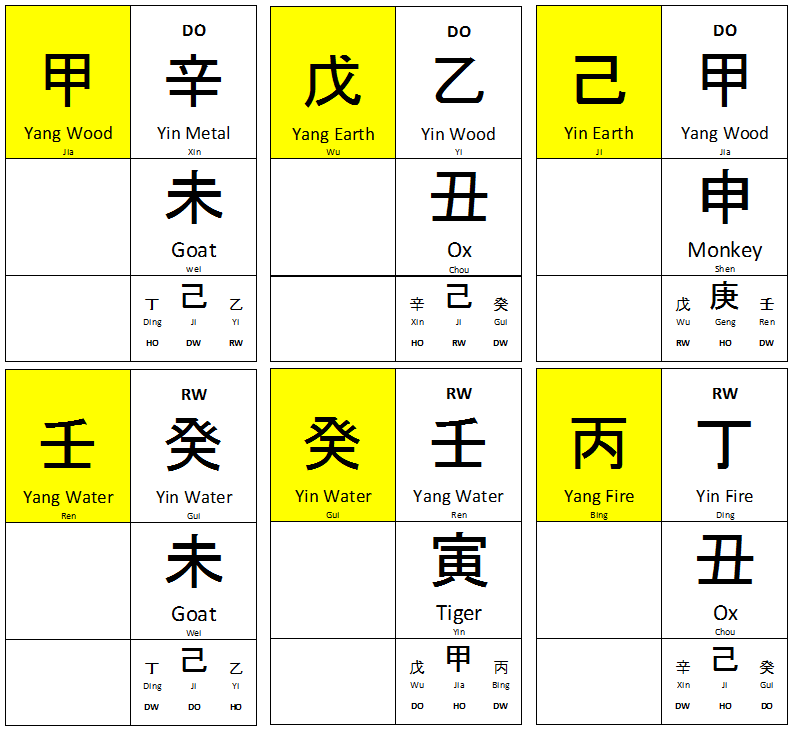 Some DayMaster have tougher pillar to handle as compare to other and above is 6 DayMaster that has to go through some harrowing experience just to growth. The single pillar consist of a clash between DW | RW and at the same time DO | HO. Mishandling this pillar could bring both litigation and monetary issue all at the same time.

When there is threat, there is always opportunity. The double clash also bring co-production. If we take the Ren water DayMaster as an example. Gui (RW) clash Ding (DW) and Yi (HO) clash Ji (DO) while at the same time, Gui produce Yi produce Ding and produce Ji. The issue of clash is remedy by co-production in a very fragile cycle as the benefactor element will eventually attack the solution element.

Rob Wealth the need to compete will fuel your Hurting Officer that demand change while this ignite Direct Wealth that govern hardwork which will provide you with the power of Direct Officer (So far so good?) … Will your DO now attack your RW which was your initial source of change and ultimately allow you to attain power? Biting the hand that feed you …

My personal experience as a Ren water on this pillar was maxing out 5 credit card and subsequently cost me 6 years of repair and clean up the credit mess. Luckily the next appearance, I would be long dead. It has indeed help me with my personal growth as the solution to this little puzzle is rather easy enough that involve Direct Resource … you have to learn from your own created freaking mess … don’t bite your own hand.