Football/Soccer is indeed a popular sport with insane sponsorship. 11 peoples are put on the field and chase after that poor ball that has done nothing wrong. The winning is, of course a matter of team coordination. Everyone have their position and play according to the chosen formation.

Friend star is the cohesive star that bring both confidence and compliance. People with strong Friend star often go along with people around them easily as they poses the ability to blend in. They will try their best to adopt the public opinion and act according to what is necessary. They do act a building block of team observing other and adapting to thing that is happening.

DW/FR in the year is the person you want to find if you are looking for charity. There are the people who love to “help” other and are often surrounded by generous people. It can be a matter of money or participation, as long as there is enough people around them that is onboard they will be in as well. The danger that they posed to themselves is of course the group think mentality, they just trust that everyone is doing it … and it must be okay then.

DW/FR in the month create working space where everyone chip in their weight equally. They would by all means want a cooperative and cohesive workforce. They are the strong supporter of lets take a vote to it and see what everyone thinks. The main drawback with this attempt is they often overlook personal agenda. When people are looking after themselves and not the task at hand, you cannot really achieve common agreement. So, effort is wasted in trying to maintain superficial calmness.

DW/FR in the hour tend to have the ability to strike agreement with their younger counterpart. They are very resilient with children and subordinate working tirelessly to achieve a buy in from them. They agree that the future is in the hand of the younger generation and would be more than willing to help them attain their aspiration.

The DW/FR combination is basically peace lover that work endlessly to have everyone being happy with each other. Their approach of not stirring the boat work at times but can really hurt themselves at other. Being part of the team is great and all, only if the group is actually sane. Group think is sometimes very dangerous. 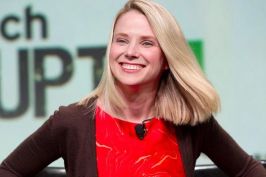 Marissa Mayer the former CEO of Yahoo! She started an online complaint collection for staff and staff get to vote if complaint submitted is an actual problem. In a attempt to make everyone more physically connected she convert telecommute staff to office bound. She even put up a baby room in the office after she gave birth. Everyone need to be together … in the office !