Sometimes even the force is not enough to keep things together. World of entertainment was shock with the announcement of separation between Ewan (Obi-Wan) McGregor and Eve Mavrakis of 22 years.

Although we all might have a lack in midi-chlorians to invoke the force, luckily plotting of BaZi chart has been an ease with the abundance of FREE BaZi plotting resource. Hence we shall used the power of BaZi to take a peek into a Jedi life … 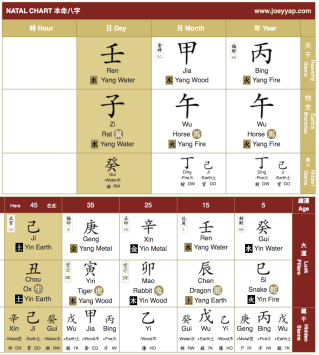 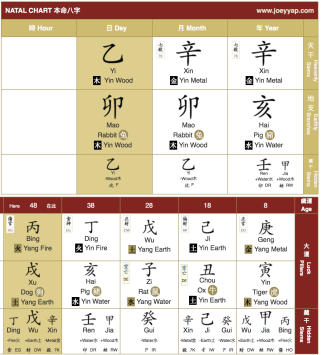 The one on the left is the ex-wife (Eve) while the one on the left is OBI chart. Thing to note in any relationship is their Spouse star (DW and DO). Its obvious that Ewan chart lack the spouse star as there is no wealth star at all in the chart. Character is rather carefree and adventurous with the Friend and 7K star mixture. While Eve chart has abundance of DO (husband star) which indicated that she has choices throughout her life. The overly dominance of DO also means she is a rather frequent control freak (current luck pillar is DO as well) in all aspect of her life. The force of carefree vs the force of order.

In 1995 he married Eve which is his combine year on a Hai-Mao-(Wei) wood harmony frame. Incase you miss out, people usually have the urge to get union during their combine period. So, if you are looking for an “upgrade” of status, look at the other person chart and start hinting when you see combine in his/her chart. For 2018, you can target those Tiger, Horse, Rabbit people (Day Pillar) … their force is weak ! (against romance)

Now for separation. If combine bring them together then clash shall rip them apart. 2017 is the year of You (Rooster) which clash the Mao (Rabbit). His clash mostly affect his Career pillar (Month) which is a Heaven Earth clash. Ding You clash with Xin Mao, there is trouble in his career which trigger the separation. Maybe he was not keen on the idea that Yoda get to lightning burn the Jedi library and not him …

Didn’t we say that combine brings people together … Mao (rabbit) combine with Xu (Dog) this year and swiftly you hear his announcement with Mary Elizabeth Winstead and if we further look into Mary BaZi … there is a strong force there happening. Mary is having a combo as well Yin (Tiger) – Xu (Dog).

So, just by knowing a few information like DO is husband, DW is wife, Combine is union and Clash is separation, you can already become a tabloid reporter without having to paparazzi stalk them. 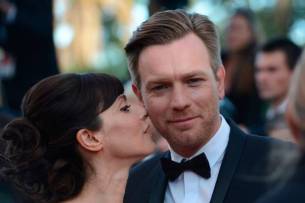 Lets bid farewell to 22 years of holding together  between Ewan and Eve and welcome the beginning of another journey with Mary. Would you still be surprise if they announce their union this year (2018). btw … since the clash happen in Ewan chart … its totally his fault for the separation.