Coach is essential in building a strong sportsman. Their value is in their ability to take raw player and train them into raging warrior. This ability to transform, normal people into athlete ensure the sport has sufficient player to replace those that has left the field.

The function of Eating God (EG) toward Wealth is essentially the same as a coach. EG generate wealth and ensure there is an unending source of ideas that can potentially convert to wealth. EG is a creative star which provide alternative option toward those that has been tried and tested. It often break existing practices and come out with outrageous way to fix problem. When problem is fix, wealth is generated from people that need their problem to be fixed.

When DW/EG fall in your year, your ideas are usually publicly usable. It tend to be uncomplicated ideas that is easy to execute. In a conversation, you would notice this person being able to take the same product and seemingly suggest multiple usage. They can bombard you with option until it hit a solution.

Appearance of DW/EG on the month would signal a true entrepreneur. They are natural in innovating their business or field of involvement. Russian would hate them, they tend to fix things that is not broken. They branch out vertically, horizontally and even diagonally which make them very hard to follow.

Hour would be the place where this pillar really shine. In the realm of the mind, anything is possible. They would not need to worry about earthly limitation when dealing with their ideas. Being their mentee/coachee would be interesting as you see them using all sort of method to shape you into what they want.

Among all the pillar, this happen to have the best wealth capacity as they can generate wealth. Think of this as the pipe we have in our house that never run dry. The challenge with them is that they are often very quiet as they enjoy their internal bubble. they would indulge themselves in coming out with another new and innovative way, rather than marketing them. 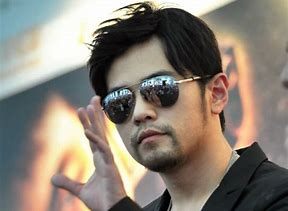 Jay Chow a Taiwanese musician, singer, songwriter, record producer, film producer, actor, and director (you get the drift…). He has DW/EG in his year and hence able to create seemingly massive amount of IP for himself. didn’t know he play League of Legend as well, gooooo J Team !