The tail of 2 Yi, the first battle where current and ex Prime Minister get down and dirty with each other. As with any other type of competition there is no short of prediction going around wether its using metaphysic or other form of predictive tools. Here is the thing, an election is much more than a standard one vs one fight, many other candidate are being pick on the same day, you simply cannot used one method to gage the winning or losing of a party.

What is often interesting is to see if some form Metaphysic tools / method has been deploy for strategic purpose. This election happen to see some pretty weird coincident. 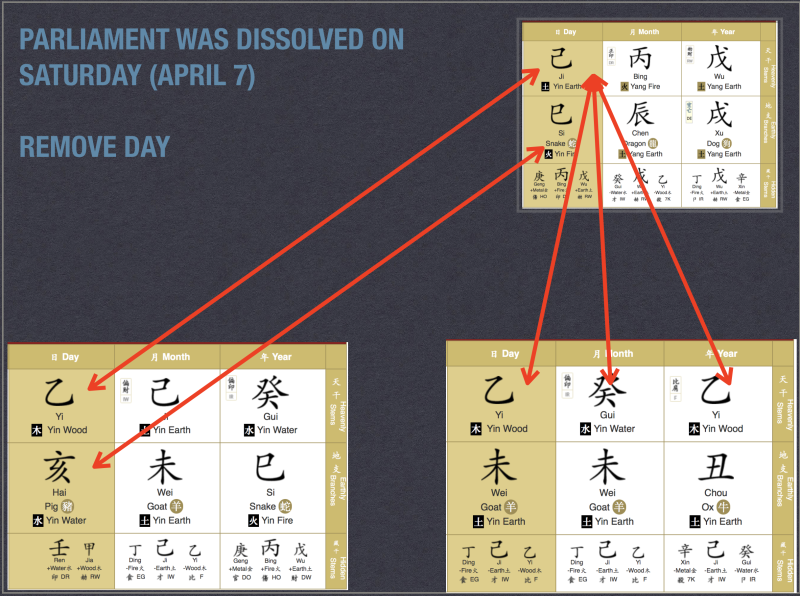 First is the parliament resolution day, it was pick to be done on a REMOVE day. As the name suggest, this is a day where date selection will be used when you want to end something. Its an auspicious day which means its good for everyone, including the opponent party. Further looking at the date, its a date where it form a Heaven and Earth clash with our current PM. 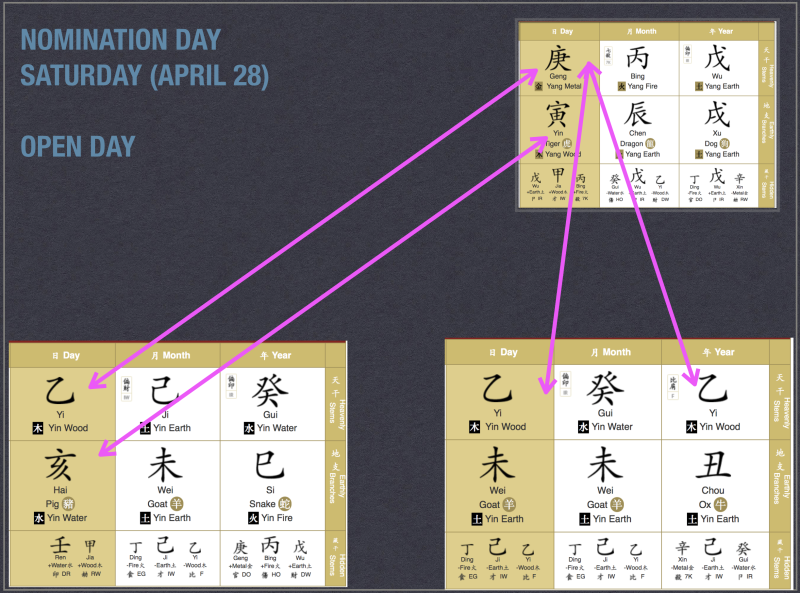 Then come nomination day where its an OPEN day. This day is usually selected for a new beginning and again its an auspicious day. Looking in to it carefully, that day happen to also create a Heaven and Earth combination for our PM. 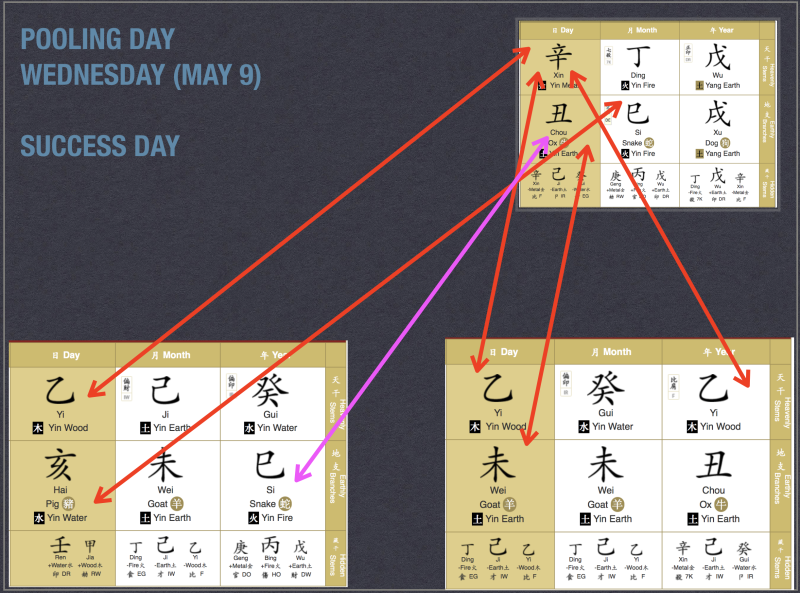 Lastly its the election day where its a SUCESS day, as name suggest its the best day for achievement and success. Here is the thing, its a good date for everyone generally, so where is the strategy here. Upon checking the date its found to be a heaven and earth clash day for out ex-PM. Its look kinda obvious that this day is against him.

Does this means that the Blue will win, if its just between these 2 fellow, than I would conclude that the day is at least not against the current PM too much, the month and day still clash his chart but it clash more for the ex-PM. Both of them are representing different constituencies and are not actually competing against each other directly.

Unless someone is so free to analysed each and every candidate of both side to see if they have more auspicious combine chart / less clash chart on who’s side, its not sufficient to used one method as the “guessing” tools for these sort of competition. From these 3 dates, it think its sufficient to conclude that date selection is at least been used here for picking those date as a direct benefit and counter against specific candidate.

If I was going to strategise a candidate against the Blue, I would select a Bing Zi candidate to be contesting at the PM constituency directly. Just incase a Bing Zi born in the rooster month or year would be even nice to further lock the 3 harmony frame of the month.