Using magnet to propel something would be such a cool thing to do. But face it, currently its just too large to do it practically. You won’t want to be caught carrying the above running down the street. Still remember the show Eraser (Arnold Schwarzenegger), with , I think, the coolest railgun rifle with X-ray scope destroying wall like they are butter block.

To people with this pillar, world is like an experiment lab to them. The phrase, never try never know run synonymously with them. This is one of the more stable 7K version when compare to the other. Direct Resource represent proper knowledge which means its controlled learning. Their main concern is to proof something and more importantly ensuring other people don’t have to do it. Endangering themselves to protect other, sound a little noble …

When you find it appearing in the year, they love social experimentation. These are socially adaptable individual with many faces or mask. They take conscious effort to add verity into their association and love to be in different situation just to get a kick out of it.  They are one of the more popular leader type where they appear smart and effective when handling situation. Quite charming and command an audience with ease.

When it land in the month pillar, this pillar offer a rather stable environment of growth and learning. They try thing out before putting them into the market like what IT company does with Beta testing their software. For a high risk individual, they seems to be more caution with their move. Its however an expensive hobby for them to run test environment for too long. They often become senior member of the organisation with many war story to share, best type of mentor you can seek as they have practical knowledge and also the heart to stomach unproven method.

The hour pillar is the realm of people you take care of, when this pillar land on the hour, you get some interesting interaction. They can get aggressive in pushing their agenda, just because they want to see what could happen. Being their subordinate / subject of development can get scary as they push you into places that even they have not been before. Its however an adventurous journey following their leadership style. The never try never know is somewhat pragmatic and at the sometime make the uninitiated , fearful.

7K/DR is more about the effort of trying then the actual result of success. They understand if only they try enough method, breakthrough will eventually surface. The real scary part is the experimentation drain resource and often unsure how many prototype version is needed before a working platform can be discover. Its fine when they are risking their own resource but get tricky when they drag other along. Same strategy when dealing with any 7K based people, open your eye before trying to walk with them. 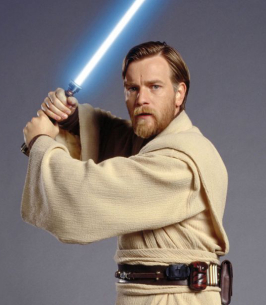 Ewan McGregor has 7K/DR as the year pillar which is suited for the life of acting as he can assume many diverse role in television, movie and theatre. A diverse social lifestyle give him much better life experience and hence also reduce the boring level of a person.