Newest addition into the throne foray, what fate has install for him? In the olden society being royal blood is a big thing, especially when it come to ascending the throne. Its hard to actually grow up during those time as other eying the throne will try their best to ensure your demise become the coming of age. In today society, who care … being the child of people like Bill gates or Mark Zuckerberg would give you more power than the Royal symbolism will ever give.

So the birth cert does not record the time of birth … 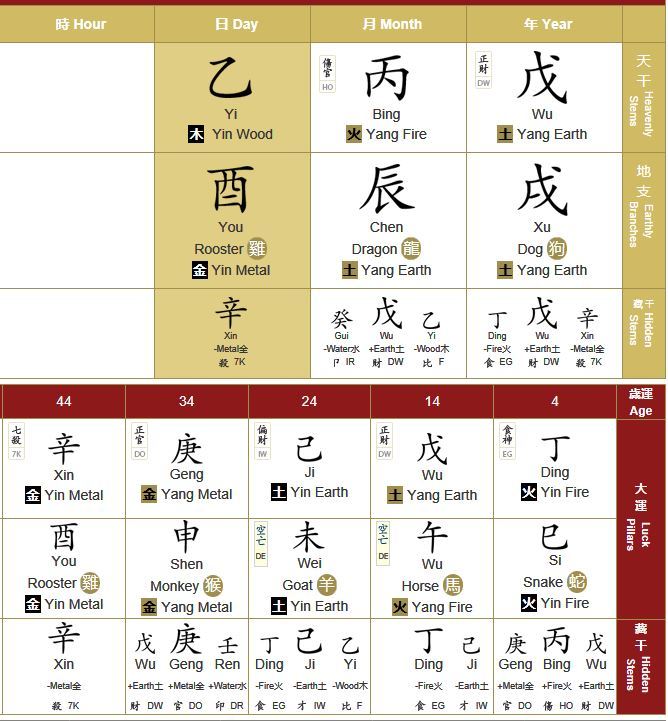 So, the kid has a strong direct wealth structure with a natal Chen-Xu clash and You-Xu harm. A prominent Hurting Officer at month indicate his non conformity to rule and regulation. Look like a very typical difficult struggling life Chen-Xu indicate not many friend as his social circle could not mix with his career … well how to mix with a royal job? The harm of You-Xu also indicate unhappiness between spouse and his social engagement.

Steadfast way of handling most thing with a rather non aggressive approach. Luck pillar having wealth early at 14 – 33 which indicated an early achievement in life. Look like he is set to proof himself. with later Influence luck 34-53 which bestow him with formal authority and power. Tiny hiccup in the chart is the existence of Yi wood in the month which indicate sharing of power with sibling.

Looking at EG and IW being in DE indicate he is not the ambitious type and will likely only be assisting the throne in running the state affair. He will be at the peak of his power and influence during his Geng Shen pillar (34-43). Other than the slight non-conform attitude and tendency to share, he make not bad of a royal ruler. Definitely much more serious when it come to people affair.

Additional bonus. No major luck pillar clash with natal chart for at least the first 50 odd years of his life … smooth sailing if he just play the royal game well. Great potential and nice life. Have to control all his internal struggle only … life too easy so he have to make trouble for himself via the Chen-Xu and You-Xu.