I personally think this is one of the best invented weapon platform ever. It was first design just to observe far unreachable place by taking still picture while flying over dangerous zone. Today it has been evolve into a multi weapon platform of attack that still retain its charm of having no human onboard. Every kid dream is to play with a remote plane.

The tag line for Indirect Wealth (IW) is strategic opportunity. Its a star that knows value and only take necessary and often effective action when the time is right. It has been long time been associated with taking advantage of situation. Classical text would describe this as a shrew business person making a quick buck out of the desperate.

The mixture of 7K over IW describe an  person trying to be patience. Often watching from the far safety ready to leap into action. They do not waste time with small stuff and are mostly on a mission. They planned out their attack way in advance making sure scenario are acted out in their mind. Later they just wait for the most suited opportunity to present itself and strike on it.

Having this appearing on a person year show that he is socially adapted to sniff out strategic friendship. They rarely simply network with people unless its for a specific reason. They might have staged the entire meeting if its required and you would also notice a rapid reaction time during engagement.

Having this landing on a person month show a really strategic and well plan leader. Their motto is least effort maximum return. The good thing of tagging along with the 7K is that rule often stay out of the command centre. Their approach is often consider all opportunity even if its not too “nice” type of strategy. So, work like corporate take over can become their forte as they work out the best angle of attack.

Hour being the internal processor a person, when this land in their mind create a rather quick but yet deep thinker. They think to create fast action template that can be deploy rapidly. Its about how fast you can identify something as being usable or not. By pre-thinking ahead of time, they safe time in the process.

Your typical 7K/IW person are strategic thinker. They often watch and appear to be inaction and hence draw little attention toward themselves. While they are free of the public prying eye, they plot their move carefully and slowly waiting for the window of opportunity to open. When the do sprung in to action, you would see that thing has been secure and done with lightning precision. Never assume the calm sea for being safe. 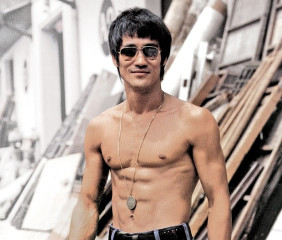 Bruce Lee famous for his martial art and life philosophy of being flexible and efficient. He has 7k/IW on his year. We can see how he often surgically strike an opponent either physically or mentally. This come from long time self reflexion and practice where one keep pushing internally for all possible scenario to respond to. once the optimal situation arise, jump on the attack mode and strike your opponent with all might.