When you know something does it means you would need to tell it out ? For the like of Edward Snowden and Julian Assange bringing knowledge out into the light has not been a rewarding journey. It has been know that old Chinese protocol is never to transmit knowledge out of the family bloodline. This is also one of the reason why so much knowledge get buried with people who has them.

Expression in BaZi is represented by the Output star while Knowledge is champion by Resource. As we know Resource and Output is in a counter position. The recent Hong Kong “riot” incident where over 1 millions resident (didn’t know HK got so many people) took to the street to voice out against extradition agreement is a clear expression in motion.

Think of a few scenario, in office you found out who is the next in line for CEO position where management still putting on a show to seemingly select the succession, should you voice out the hypocrisy ? You see you best buddy madly in love with an asshole that is 3 timing her as the same time, should you tell her the brutal truth ? You have been with your partner for 10 over years but because of busy schedule you have grow apart so far that both you just feel like stranger, should you tell her the change of heart ?

Output is the creation star where its beauty lies in the ability to operate without fact. It deal with the possibility of what if and how can. What if the CEO is really awesome ? What if the asshole really change because of your buddy ? how can you reconnect with the stranger partner of yours ? You can see that this provide hope and a possible future to strive for.

Where resource star mainly deal with the past. What has happen and has been recorded as true. What is true today may not be true tomorrow but the truth does serve as a lesson for the future. This build foundation as the future reference, it make a safe zone for people.

As usual, clashing/countering element will need a mediating force and in BaZi we used the companion star as the mediator. Whether hope (Output) or truth (resource) is to win the fight, it depend on what the public (companion) want to hear.  Ofcourse if your chart is more skew toward output then you like hopeful speeches while those gear toward resource would like a more factual account. 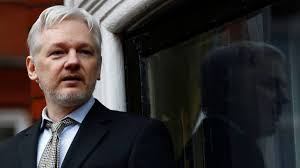 Julian is with a Resource structure which make him a pro fact individual and was going through Hurting Officer during his last luck pillar where expression is dominant. lets expose the truth then … price worth paying ?