Since she is using her grandmother call sign, I think people is expecting her to be an image of her grandma Diana. That would be a rather large shoe to fill little one. Life being a royal must be very stressful especially in the modern era being the last few still intact and surviving monarch. Everyone stalk their life and judge their action from the day they are born, they don’t even have the opportunity to fool around like most of us do. Hopefully you can still retain your smile while you grow up under such pressure. 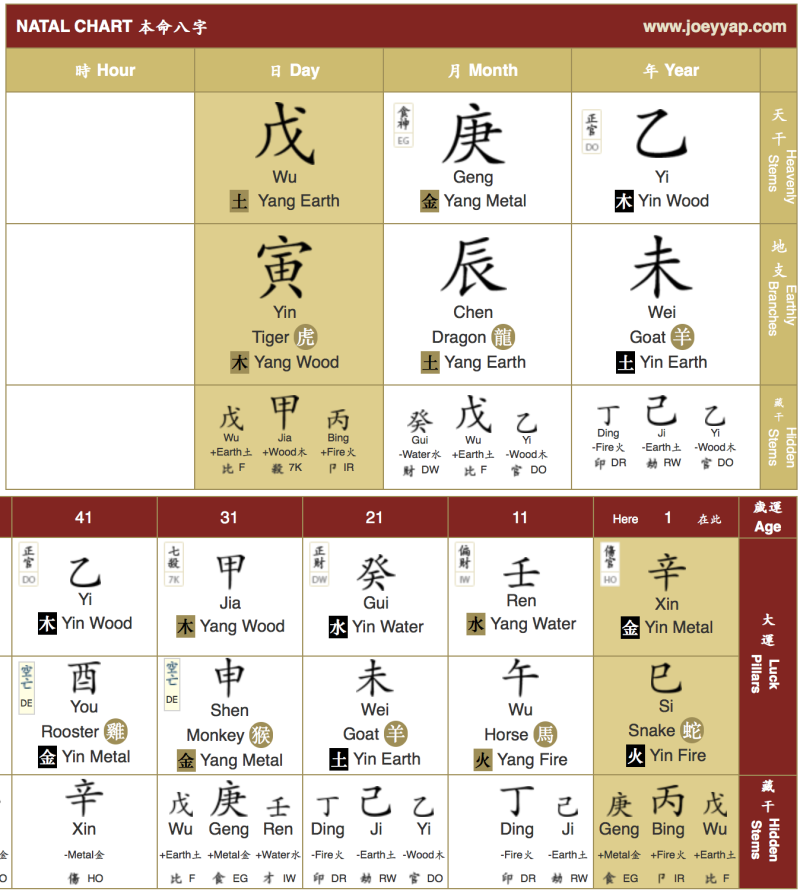 First glance its an earth centric person with strong emphasis on rule and regulation. These are protector type of profile where she would try to make most people happy by ensuring existing rule keep running its course. Companion star (F / RW) indicate there willingness to share with other which signal she won’t be eying for the throne.

If she does not go for a statesman position then she would make a rather good corporate person with strong earth driving trust and confidence as well as the Yi wood helping in controlling and safeguarding power and authority. Her luck pillar is quite chaotic having both the wealth luck being stack against RW which indicated a spending lifestyle. The DE in the luck cycle happen to be her influence period also indicate an issue as output is being DE which is a controlling factor for Influence star.

Relationship is going to be her main bane with prominent appearing officer star (DO/7K) and multiple Friend star. This is a scenario of having too many choices but often get snatch away by other friend. This can cause a hollow effect in a person yearning to belong and splashing money to buy social life can be a way out for them.

Overall she would do much better in the corporate world than royal chamber. 20-40 is her crucial achievement period in her life and hope she do not waste it in senseless activity just to fit in. Do not think it make sense for her to want the royal chair at all.